Emily Kolbert
Singer, dancer, poet, musician, wild woman, wildflower, lover, friend or foe – Emily Kolbert’s songs have a heartbeat. A simple tune or a thundering prayer, sung in dingy New York bars or on the marble steps of a Spanish church, on the streets of Vienna or in rural Irish pubs, Emily strums her guitar and her voice rings clear with stories of love and longing, hope and humour. Emily Kolbert’s songs are where all the colours come from.

Luciana Patullo
Luciana Patullo is an Italian singersongwriter. She formed her helf as a musician in Rome and lived in Vienna. Luciana performs in English and Italian, accompanied by piano or harp, she tells stories of people, times, places and everything in between.

Hernan Bobadilla
Hernan Bobadilla is a pianist from Chile, with musical influences mostly coming from classical European music. He experiments with some of these influences, producing pieces that can be described as musical atmospheres (i.e. music with no particular melodic line) and musical mosaics (i.e. assemblage of musical movements in a continuous piece).

Valentina Polinori
Valentina is a singersongwriter born in Rome. Her first album „Mobili“ is a work of profound melodic sensibility ranging between italian songwriting, folk, rock rhythms and sweeter sounds contaminated by electronic. The title “ Mobili“ refers to a double meaning of the italian word ( both movement and furniture) which somehow describes the parallel reality created by Valentina in describing fantastic characters in her songs, searching for a new way to approach reality. 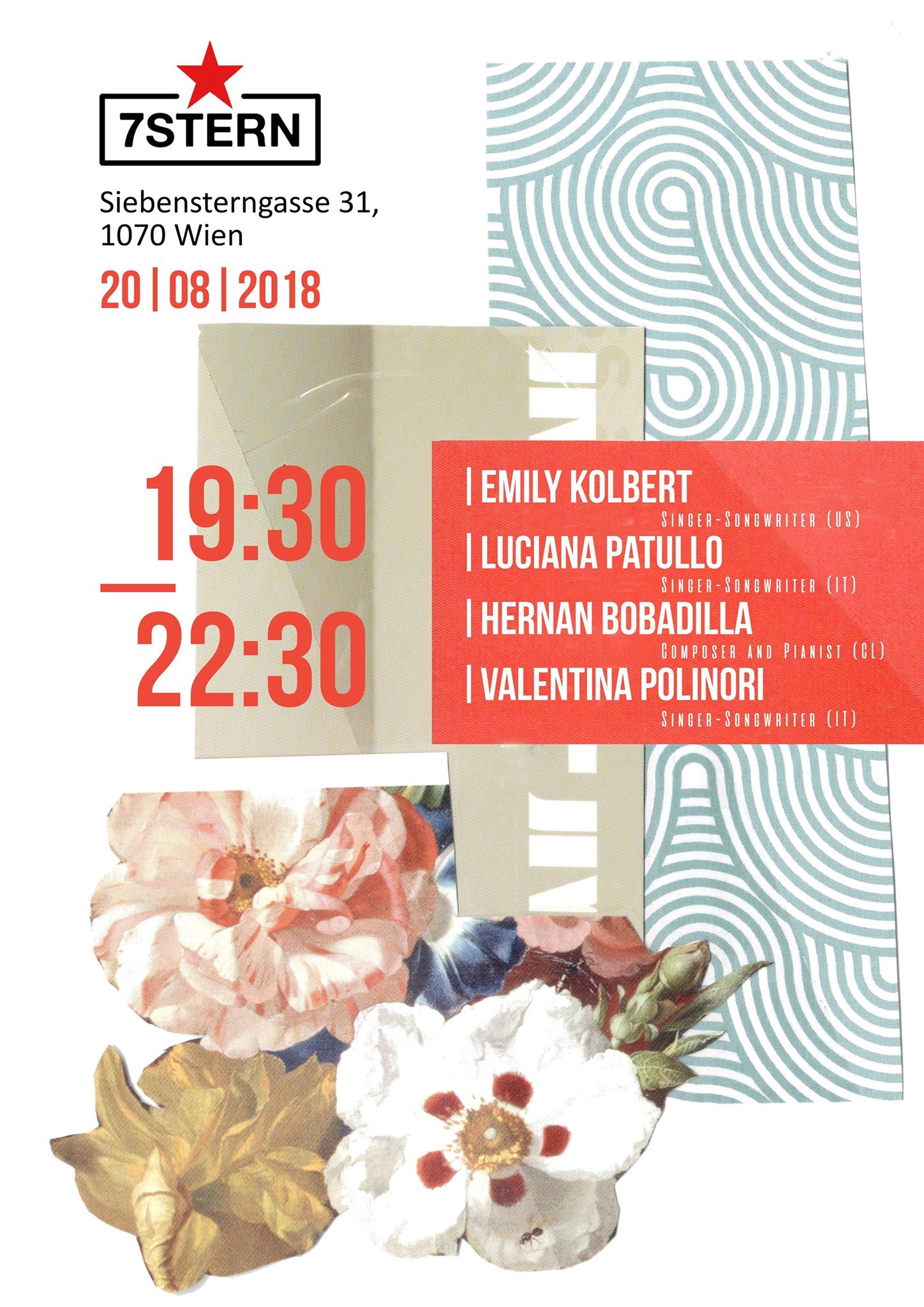